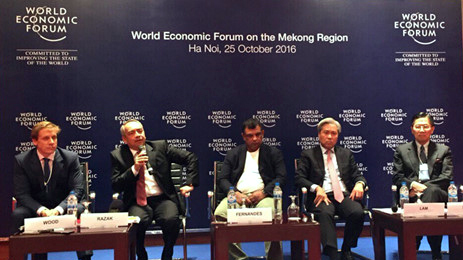 Dato’ Sri Nazir Razak has been appointed the inaugural chair of the World Economic Forum’s (WEF) Regional Business Council (RBC) which was launched on 25 October 2016 in Hanoi, Vietnam.

The RBC is made up of 25 Asean businesses and 30 global companies, who will focus on areas such as building infrastructure, promoting cross-border trade and investment in the region, developing a digital economy, examining the future of jobs and industry in the region, and championing the principles of inclusive growth.

“I am deeply honoured to have been appointed the first chairperson of the WEF’s ASEAN RBC. Together with my fellow committee members, the RBC will strive to give its best towards enhancing public-private partnership to uplift Asean’s socio-economic progress, as many of the biggest challenges in the region can be overcome by getting business and government working well together,” Nazir said. Fellow members of ABC who are appointed to the RBC Steering Committee includes James Riady (Lippo Group), Patrick Walujo (Northstar), Tan Sri Azman Mokhtar (Khazanah Nasional), Tan Sri Tony Fernandes (AirAsia),