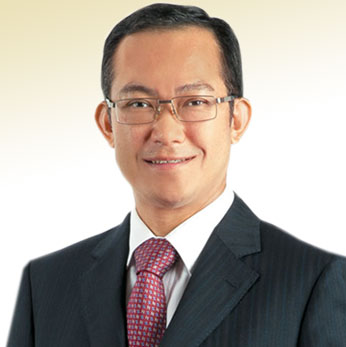 Dato’ Lee Yeow Chor was first appointed to the Board on 25 April 1996 and was appointed as Chief Executive Officer of the Group on 8 January 2014. He is responsible for setting the strategic directions and ensuring the optimal performance of the Group’s core business segments.
Dato’ Lee is a barrister from Gray’s Inn, London and holds a LLB (Honours) from King’s College London and a Postgraduate Diploma in Finance and Accounting from London School of Economics. Prior to joining IOI Group as a General Manager in 1994, he served in the Malaysian Attorney General’s Chambers and the Malaysian Judiciary Service for about four (4) years. His last posting was as a Magistrate.
Dato’ Lee is presently a Non-Executive Director on the Boards of IOI Properties Group Berhad and Bumitama Agri Ltd respectively. He is also a Trustee of Yayasan Tan Sri Lee Shin Cheng, the charitable arm of the IOI Group.
Dato’ Lee has been the Chairman of the Malaysian Palm Oil Council (“MPOC”) since 2009 and also serves as a Council Member in the Malaysian Palm Oil Association (“MPOA”) since 2002. In March 2015, Dato’ Lee was appointed as a Director on the Board of Bank Negara, the Central Bank of Malaysia.
He was a Director of the Malaysian Green Technology Corporation from 2011 to 2013, and served on the National Council of the Real Estate and Housing Developers’ Association (“REHDA”) Malaysia as its Secretary General from 2002 to 2006.
Dato’ Lee is the eldest son of Tan Sri Dato’ Lee Shin Cheng and brother of Lee Yeow Seng.
He attended all the five (5) Board Meetings held during the financial year ended 30 June 2016.