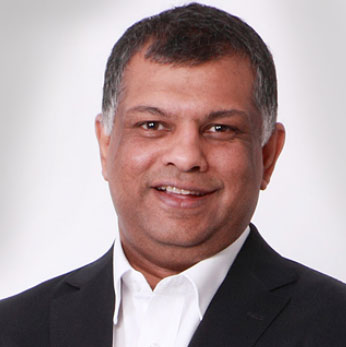 One of Asia’s most recognisable entrepreneurs, Tony Fernandes is best known for co-founding low-cost carrier AirAsia with Datuk Kamarudin Meranun and democratising air travel in the region.

Fernandes and Datuk Kamarudin famously bought the ailing airline for a token MYR1 (approximately USD0.25) and MYR40 million in debt, turning it around within two years and growing it from a Malaysian domestic carrier into Asia’s largest low-cost carrier by passengers carried.

Fernandes studied in the UK, and qualified as an Associate Member of the Association of Chartered Certified Accountants in 1991 and Fellow Member in 1996. An accountant by training, Fernandes began his career in Richard Branson’s Virgin Group before returning to Malaysia as Warner Music Group’s Vice President for Southeast Asia before venturing into the airline business.

Fernandes has received numerous honours and awards over the course of his career. These include the Honour of the Commander of the Order of the British Empire, conferred by Her Majesty Queen Elizabeth II in 2011, and the Commander of the Legion d’Honneur, awarded by the French government for his outstanding contributions towards the economy of France through the aviation industry.