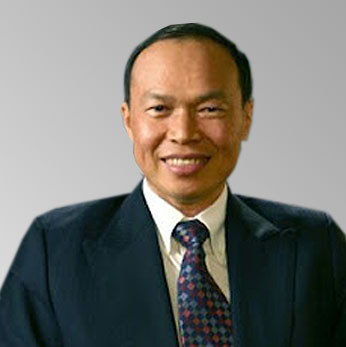 Tan Sri Lim Wee Chai, aged 56, a Malaysian citizen, is the Chairman and Founder of Top Glove Group of Companies. The Group was established in 1991 and was listed in Bursa Malaysia (Kuala Lumpur Stock Exchange) on 27 March 2001.
Tan Sri Lim graduated with a Bachelor of Science Degree with Honours in Physics in 1982 from University Malaya, Malaysia, and Master of Business Administration in 1985 from Sul Ross State University, Texas, United States.
Tan Sri Lim has created many successful milestones. In 1991, he set up Top Glove Sdn Bhd, a glove manufacturing and trading business with only three production lines. Today, under Tan Sri Lim’s visionary stewardship, Top Glove has grown to be the world’s largest rubber glove manufacturer, capturing 25% of the global market share. Currently, the company owns and operates 27 factories with 11,000 employees and a total of 464 production lines in Malaysia, Thailand and China with production capacity of 41.3 billion pieces of gloves per annum to cater the global demand as a result of the world’s population reaching to 7 billion through our network of over 2,000 customers in 185 countries. Market capitalisation of Top Glove Corporation Berhad stood at USD 1.1 billion as at 21st February 2014.
Tan Sri Lim has been actively involved in many glove industry related associations and organisations in Malaysia. He was elected as the Vice President of the Federation of Malaysian Manufacturers (FMM) in 2013 and was appointed as a Council Member of The East Asia Business Council (EABC) by the Minister of International Trade and Industry Malaysia in 2011. Previous positions held were President of the Malaysian Rubber Glove Manufacturers’ Association (MARGMA) from 1997-1999, Vice-President, Honorary Secretary and Treasurer of MARGMA, Director of the Association of Malaysia Medical Industries (AMMI) and Board Member of the Malaysia Rubber Board in 1998-1999. Tan Sri has received more than 10 awards which recognized his achievements and contributions to the industry, society and country, such as the prestigious accolade Master and Country Entrepreneur of Malaysia for the Year, by Ernst and Young in 2004; Entrepreneur of the Year at the Asia Pacific Entrepreneurship Awards 2008; The BrandLaureate Brand Icons Leadership Award in 2011 and Manufacturer of the year 2013 by the Asia Pacific Brands Foundation.
In recognition of his vast contribution to the nation’s economic development, in 2007 he was conferred the Darjah Kebesaran Panglima Setia Mahkota (P.S.M) which carries the title “Tan Sri” by the Yang di-Pertuan Agong (King) of Malaysia.
Personal Motto for Success of Tan Sri Lim Wee Chai is: “Must Know, Must Do, Must Teach”