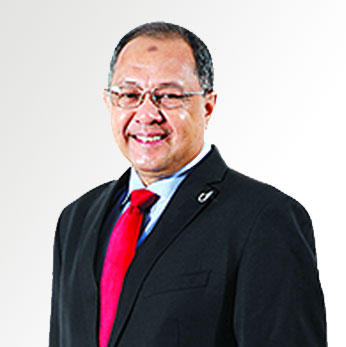 Datuk Syed Hisham bin Syed Wazir has had vast exposure in the motor industry at senior management level. Prior to joining UMW, he was the Chief Operating Officer of Naza Kia Sdn. Bhd. and Naza Kia Services Sdn. Bhd. from 2009 to 2010.

Datuk Syed Hisham started his career in the automotive field in 1983, when he joined HICOM Berhad and was later seconded to Perusahaan Otomobil Nasional Berhad (“PROTON”) as Marketing Service Deputy Manager, before serving the Business Division of the company as Senior Manager. He was promoted to General Manager of Proton Corporation Sdn. Bhd., a subsidiary of PROTON, engaged in the distribution and marketing of PROTON cars for the domestic and overseas markets.

Datuk Syed Hisham was subsequently appointed as Director of Proton Cars (UK) Pte. Ltd. from 1997 to 1998 and from 1998 to 2000, he served as General Manager, International Business of DRB-HICOM Export Corporations Sdn. Bhd. In 2001, he became General Manager, Marketing Division of Honda Malaysia Sdn. Bhd. before being appointed as President/Chief Operating Officer from 2003 to 2005. In 2005, he was appointed Managing Director of Edaran Otomobil Nasional Berhad, where he served until 2009.