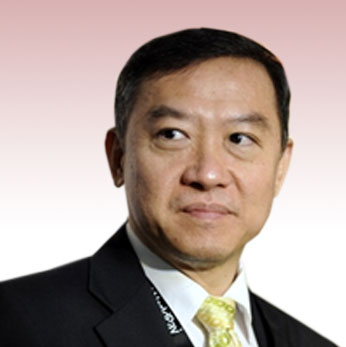 Dr. Od Phongsavanh was born on 1st September, 1956, he is the third child of the Phongsavanh family that is descendant from a long generation ancestry living in Savannakhet Province, the south part of Laos. Before the year 1975, Phongsavanh family had been well recognized in the community because of the family business in petroleum industry that kept supporting for different provinces in the south part of Laos for about 50 years.

Dr. Od is a young Lao businessman who has a broad vision towards business engagement. In the past 30 years, Dr. Od had hugely contributed to the domestic trades of his motherland – Laos, such as to found Petroleum Trading Lao Company, Savanh Houng-Heuang Import-Export Company (legally exporting wooden products to get foreign currencies, and then importing consumer goods from foreign counties to supply for the local natives in Savannakhet Province) and so on.
Since 1980s, Dr. Od Phongsavanh had started his own business in sawmills. Each year, he was able to manufacture readymade wooden products with a large volume of more than 10,000m3 , which were worth more than ten million US dollars and exported to many Southeast Asian countries, such as Thailand, Vietnam, Cambodia, Singapore, etc. as well as Taiwan, Hong Kong, China(mainland) and others countries or regions.

In 1995, Dr. Od established Phongsavanh Telecommunication Spare parts Supply Company in Vientiane capital and was appointed as the first official specialized dealer of some globally well-known radio communication products involving with Icom, Panasonic, Philips, Motorola in the whole territory of Laos. This company was also responsible to supply the relevant radio communication items and technical assistances for the police and military ministries of the Authorities, in addition to the public in the Lao local market. After that, during the years from 1997 to 2001,Dr. Od successively founded Phaiboun Trade Import-Export Sole Company Limited, Khuanjai Transport Import-Export Sole Company Limited, Phongsavanh Hotel and Phongsavanh Construction Company, which are all registered under Phongsavanh Group.
The great successes of all his own businesses have influenced Dr. Od to set up Phongsavanh Bank Limited in the year 2007. Phongsavanh Bank is the first locally owned private bank in the Lao PDR, which directly leads in the global-of-the-art banking technical standard and management system to Lao banking industry. The establishment of Phongsavanh Bank is recognized as writing out a new chapter of the banking history of Laos. Since a rapid development in 5 years, comparing with other local bank, Phongsavanh Bank has become the well-known “leading bank” with the most rapid growth in Laos. Although Phongsavanh Bank is the first privately owned commercial bank in the Lao PDR, it has also consciously taken up an important mission, same as the state-owned commercial banks, to promote and improve the whole financial system of Laos since her establishment.