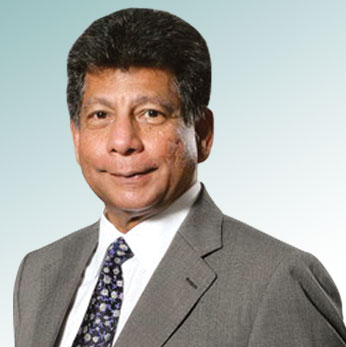 Dr Munir joined the New Straits Times Press (NST) at the end of 1978 as leader writer and progressed to become the Group Editor. During his time at the NST, he had published numerous articles on national and international politics, and economics. He left NST in 1986 to become CEO of a small merchant bank, Pertanian Baring Sanwa (PBS), whose name he changed to Commerce International Merchant Bankers (CIMB) which was then transformed into one of Malaysia’s leading merchant banks. He was invited by the Government of Malaysia to establish and become the first and founding Executive Chairman of the Securities Commission in 1993, where he served for two terms until 1999. In 1997, he received the Cranfield Management Excellence award. After leaving the Securities Commission, he served as Senior Independent Non-Executive Director of Telekom Malaysia Berhad for 4 years until June 2004, and was Chairman of its mobile subsidiary Celcom (M) Berhad from 2002-2004.

In June 2004, Dr Munir joined the Malaysian Airline System Berhad Board of Directors and later in August 2004 was appointed its Non-Executive Chairman until July 2011.

He was the founder and President of the Kuala Lumpur Business Club (2003-2008) and is now the Chairman of its Advisory Council. In May 2004, he was appointed a member of the Court of Fellows of the Malaysian Institute of Management.

Dr Munir is also a member Board of Trustees of PINTAR Foundation (a body designed to oversee voluntary educational activities in schools by government-linked companies) and Malaysia-Europe Forum. He is a member of the International Institute for Strategic Studies (IISS) in London. He conceived a TV programme, Fast Forward, on Radio Television Malaysia (RTM)1, which he has hosted.

Born in Penang in 1948, Dr Munir received his early education at St Mark’s Primary School in Butterworth and the Bukit Mertajam High School. He received his upper secondary education at the Royal Military College in Sungei Besi near Kuala Lumpur where he was awarded the Commandant’s Prize for being the best all-round student in 1967. He left for London the next year.