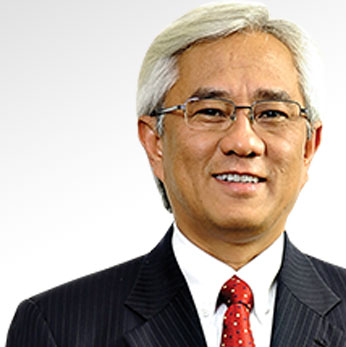 Jamaludin is President and Group Chief Executive Officer of Axiata Group Berhad, which he joined in March 2008. He is also a board member of Axiata Group. He has worked for about 34 years in the ICT industry – 16 years in IT industry and 18 years in telecommunications industry.
Jamaludin started his career as a lecturer in Quantitative Methods at California State University, USA in 1980.
He then spent 12 years in IBM (1981-1993), the first five years as Systems Engineer and then in various positions in Sales, Marketing and Management. In 1993, he was appointed Chief Executive Officer of Digital Equipment Malaysia (the Malaysian branch of Digital Equipment, then the second largest IT company worldwide).
Four years later, in 1997, Jamaludin joined Maxis Communications Berhad, and was appointed Chief Executive Officer in 1998. In 2006, he was re-designated Group Chief Executive Officer. He retired from Maxis in 2007. In 2008, he joined Axiata as the Managing Director/President & Group Chief Executive Officer
Jamaludin graduated from California State University in 1978 with a B.Sc. in Business Administration and minor in Mathematics. He obtained his MBA from Portland State University, Oregon in 1980.
Jamaludin is the Chairman of Celcom Axiata Berhad (Malaysia), and sits on the boards of XL Axiata (Indonesia), Dialog Axiata (Sri Lanka) and M1 (Singapore). He is also a board member of the Malaysian Global Innovation & Creativity Centre Berhad, a member of the Capital Raising Advisory Group, Securities Commission Malaysia and the GSMA Mobile for Development Foundation.
Jamaludin earned the accolade of Malaysia’s ‘CEO of the Year 2000’ by American Express & Business Times and was inducted into the Hall of Fame for ‘Services to the Mobile Telecommunications Industry’ by Asian Mobile News in 2004. He was also named ‘Asian Mobile Operator CEO of the Year’ by Asian Mobile News Awards 2007 and ‘Telecommunications CEO of the Year’ by Telecom Asia Awards 2010 and Frost & Sullivan Asia Pacific ICT Awards 2010. In 2014 he was named CEO of the Year at the MSWG-Asean Corporate Governance Transparency Index awards He was also the recipient of the 2015 GSMA Chairman’s Award which is the GSMA’s most prestigious award which recognises outstanding personal contribution to the growth and development of mobile communications around the world.