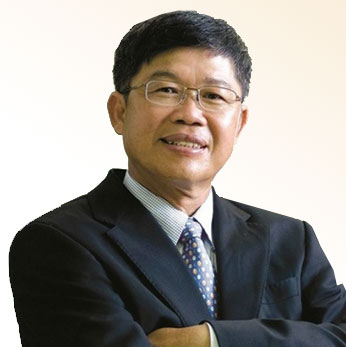 Goh Peng Ooi always had a keen interest in Science and Mathematics. On the Mombusho scholarship, he obtained his Bachelor of Engineering (majoring in Electronics Engineering) from the University of Tokyo in 1980. He began his career in IBM Malaysia and held several senior positions over his nine-year tenure, his last being Marketing Manager for Banking and Finance.

He subsequently founded the Silverlake Group in 1989 and his foresight on the future of technology demands of various industries has since established Silverlake as a provider of advanced, state-of-the-art universal integrated banking solutions. In 2003, Silverlake Axis Ltd. (‘the Company’) was listed on the Singapore Exchange where he held the position of Non-Executive Chairman until 23 May 2006 where he was appointed the Group Executive Chairman.

Today, the Group is represented in over 16 countries across the Asia-Pacific and has a staff force of approximately 4,000 worldwide. Goh has directed the Group to move towards the Digital Economy. His vision is to transform the way the world sees and understands the delivery of payment by providing the fully-integrated multi-channel distribution platforms for payments and exchange of goods and services online using multiple devices including social media, Internet, mobile phones, telephony, IVR, TV and contact centers.

In 2005, Goh was also bestowed the Technology Entrepreneur Award Malaysia, an award organised by Ernst & Young that recognises world-class entrepreneurs and provides a benchmark for entrepreneurial excellence.

Goh is also an Industry Advisor of the Faculty of Engineering and Science in Universiti Tunku Abdul Rahman.