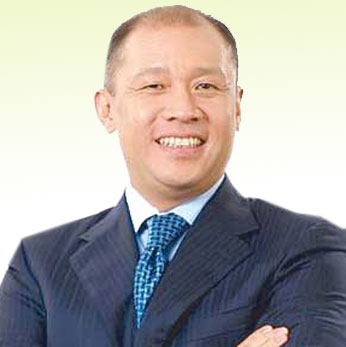 Ernest Cu joined Globe in October 2008 as Deputy CEO, and was officially appointed President and Chief Executive Officer on 2 April 2009. Since then, he has been passionately driving a sweeping transformation across the company, ultimately to deliver the superior customer experience, anchored on his primary advocacy of Customer First. Under Ernest’s visionary leadership, Globe has progressively risen as a fierce challenger that has successfully wrestled significant market share from competition.

Ernest most recently earned international accolade in 2012 as CEO of the Year by Frost & Sullivan Asia Pacific. In 2010, he was adjudged Bestati CEO by Finance Asia, and was moreover conferred the International Association of Business Communicators (IABC) CEO EXCEL award for communication excellence in telecoms and IT.

Prior to Globe, Ernest was President and CEO of SPi Technologies from 1997 to 2008. At the cusp of the new millennium, Ernest spurred the beginning of the BPO business model for the Philippines, to be widely regarded as one of the founding fathers of BPO in the Philippines. Lauding his pioneering spirit, and drawing great highlight to his career then was recognition from Ernst & Young in 2003 as the ICT Entrepreneur of the Year.

Ernest has a Bachelor of Science Degree in Industrial Management Engineering from De La Salle University in Manila, and an M.B.A. from the J.L. Kellogg Graduate School of Management, Northwestern University.