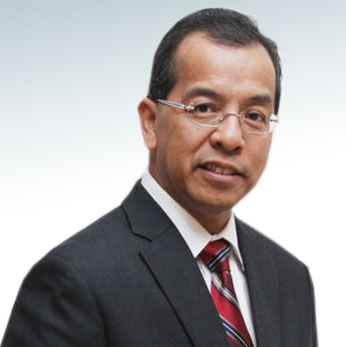 Prior to joining the airline industry, Emirsyah Satar had already earned a reputation as an experienced banker and financier.

Born on 28 June 1959, Emirsyah Satar received his degree in Accounting from the University of Indonesia in 1978. Previously, he had completed academic programs at the Sorbonne University in Paris.

In 1998, Emirsyah Satar returned to Indonesia to become EVP Finance for Garuda Indonesia. During that time, he played a major role in the airline’s financial restructuring process carried out in 2001, which amounted to US$ 1.8 billion. Thanks to his invaluable banking and finance experience, he was instrumental in helping Garuda Indonesia avoid bankruptcy. In recognition of this achievement, he received “Financial Restructuring of the Year” by the New York “Travel Finance” magazine.

Over the last five years under the leadership of Emirsyah Satar the airline has undergone a major financial and operational turnaround culminating in the IPO of Garuda Indonesia in February 2011. Garuda Indonesia’s success has also been recognized by being named “World’s Most Improved Airline 2010” by SkyTrax Research and “Turnaround Airline of the Year 2010” by the Centre for Asia Pacific Aviation.

In 2008, Mr. Satar was elected as the Chairman of INACA (Indonesian National Air Carrier Associations). Mr. Satar is also actively involved in Indonesian Chamber of Commerce as Vice Chairman for Transportations.

Emirsyah Satar has been a Member of IATA Board of Governors since 2010. Being the Board Governors member, Mr. Satar actively involves in formulating policy directives and guidance to IATA Industry Committee and to subsidiary bodies.