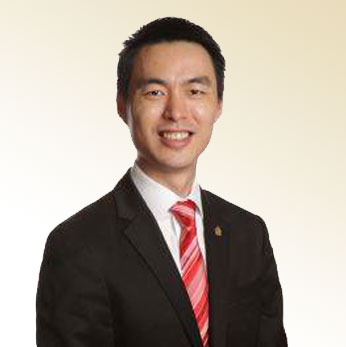 Allen Law is the Chief Executive Officer of Park Hotel Group, which owns and manages Park-branded hotels in the Asia Pacific region. Since joining the Group in 2004, Allen set up the hotel chain’s headquarters in Singapore and spearheaded its aggressive expansion in the region.

He launched the Group’s flagship property Grand Park Orchard in Singapore in 2010, and successfully ventured into hotel management services with the first two contracts secured within a year in 2012. Under his leadership, the Group garnered Best Regional Hotel Chain at the 23rd TTG Travel Awards 2012 and the Best Hotel Owner of the Year at the 2012 AHF Asia Hotel Awards.

In the same year, Allen was conferred Best Hotel Investor of the Year and Top 10 Hoteliers of the Year at the Asia Hotel Forum (AHF) Asia Hotel Awards and China Hotel Starlight Awards respectively, as well as the Gold Winner of the Hospitality Entrepreneur of the Year at HAPA Regional Services (2011 – 2013), in recognition of his acute business acumen and dedication to service excellence. Allen was also presented with the WSQ Advocate Award 2012 and WSQ Training Excellence Award 2013 by the Singapore Workforce Development Agency as a testament of his commitment to human capital development.