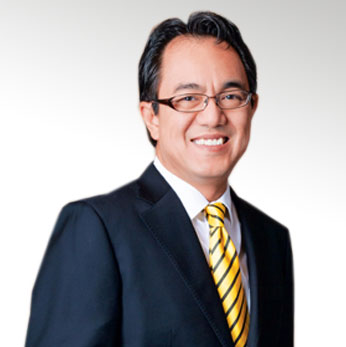 Abdul Farid Alias was appointed as Group President & Chief Executive Officer of Maybank Group on 2 August 2013 and CEO, Malaysia effective 1 January 2014. Prior to this, Farid was the Deputy President and Head of Global Banking of Maybank Group.

Farid spearheads Maybank Group’s business and growth strategy across all lines of businesses and countries that Maybank operates in, ensuring a good balance between driving operational excellence, strong governance and business growth. He is also responsible for developing and driving Maybank’s customer value proposition, cutting across all lines of business and regional boundaries, and overall ensuring sustainable long-term value for shareholders.

Farid has over 20 years of experience in investment banking and capital markets, having served with various merchant and investment banks such Aseambankers Malaysia Berhad from 1992 to 1994, Schroders from 1994 to 1995, Malaysia International Merchant Bankers Berhad from 1996 to 1997, and JPMorgan from 1997 to 2005. He was attached to Khazanah Nasional Berhad from 2005 to 2008 as Director of Investments. In Khazanah, he sat on the Board of Commissioners/Directors of several public-listed companies.