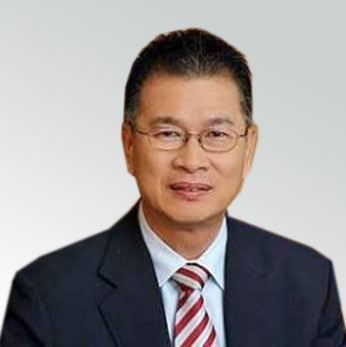 Singaporean citizen. Domiciled in Indonesia. Appointed as the President Director of Danamon in the Bank’s AGMS on February 27, 2015 and reappointed as Director in the Bank’s AGMS on April 12, 2017.
Holds a Bachelor of Accountancy from the National University of Singapore in 1982 and attended the Advanced Management Program at The Wharton School, University of Pennsylvania in 2006, as well as the Corporate and Investment Banking Program at Macquarie University, Australia in 1992.
He is an experienced banker with more than 30 years experience displaying strong performance in well-respected regional and international banks. Previously, he held the position of Managing Director of the Local Corporate Group, Citibank Singapore before he joined OCBC Bank Singapore as the Head of Enterprise Banking where he led the successful transformation of the business into a sustainable, high performing unit with a strong reputation for employee engagement, customer focus and service. He then served as the Executive Vice President at Fullerton Financial Holding (2008-2010), a wholly-owned subsidiary of Temasek Holdings, where he held several directorships across Asian region. Prior to joining Danamon, he successfully accomplished his assignment in Malaysia as Group Chief Executive Officer of Alliance Bank Malaysia Berhad (2010-2014). Currently, he also serves as President Commissioner of PT Adira Dinamika Multi Finance Tbk a subsidiary of PT Bank Danamon Indonesia Tbk.