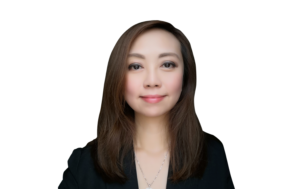 Jukhee Hong has been a policy advocate for ASEAN Economic Integration and involved in cross border business engagements for over a decade. She has led ASEAN Business Club’s exclusive networking and engagements with business and political leaders in ASEAN since 2011. These leaders include heads of Governments, ministers and dignitaries such as (non exhaustive):

She has led multiple ABC business missions to various countries and among others the UK, Singapore, Myanmar, Philippines, Vietnam and Australia. She has convened numerous public-private policy discussions on a wide range of ASEAN related issues. She has led the successful organisation of the regional conferences in Singapore, Indonesia, Philippines, Thailand including the ABC Forums and ABC Gala Dinner in Singapore between 2012-2014 convening the most prominent leaders of business conglomerates in the ASEAN.

She also heads CARI ASEAN Research and Advocacy (CARI), formerly known as CIMB ASEAN Research Institute, an independent think tank that is dedicated to supporting the ASEAN economic integration by advocacy and research. She has led research projects for various agencies such as the ASEAN Secretariat, JETRO, the European Climate Foundation. Many of these reports have been socialised and presented to Senior officials of ASEAN including Ministers, Heads of States and Governments. She has provided policy input at various governmental meetings and has made presentations at regional fora as well as ASEAN ministerial level meetings. Among others, to the ASEAN Economic Ministers, ASEAN Finance Ministers and the ASEAN Customs Director Generals.

She is also the Chair of the ASEAN Business Advisory Council (ASEAN-BAC) Green and Sustainable Economy Working Group, and the Deputy Executive Director of ASEAN-BAC.

She was an advisor to three consecutive Malaysian Deputy Ministers of Information and an award winning media practitioner in Malaysia.