ABC Dialogue with Ambassador Frédéric Laplanche: France sees ASEAN as technology partner in the global pandemic and shares the region’s vision of fair and sustainable economic development for all

ABC Dialogue with Ambassador Frédéric Laplanche: France sees ASEAN as technology partner in the global pandemic and shares the region’s vision of fair and sustainable economic development for all 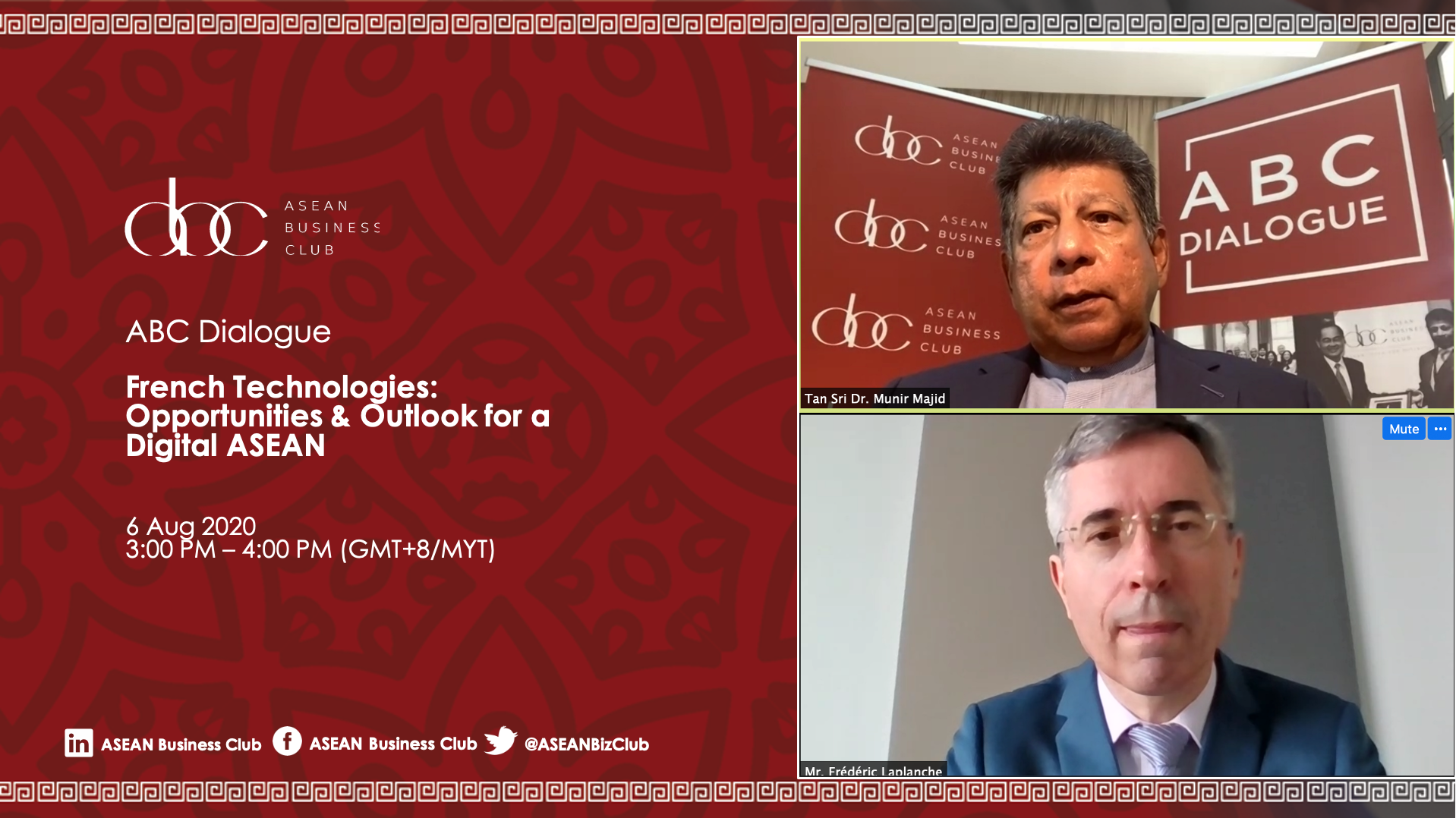 The ABC Dialogue aims to bring together leading business individuals in the region to discuss key areas of business and economic cooperation. It provides an avenue for ABC members to have global outreach and to gain insights from major industry players within the region and beyond.

Tan Sri Munir kicked off the session by providing context on the scale of presence of French companies in ASEAN. “There are plenty French tech companies in the region and close to 800 companies currently operating in Singapore alone, in addition to their strong presence in Malaysia and Vietnam,” said the ABC President.

“France is one of the technological powerhouses in the world due to its deep ecosystem based on its strong numbers in research and engineering of large and well established technology companies in all sectors, as well as supplemented by a booming start-up scene,” Ambassador Laplanche reaffirmed the audience. He highlighted key elements of France’s success in the field of new and emerging technologies including the public policies that  transformed it into the leader in Europe for Foreign Direct Investments in R&D and venture capital development.

Ambassador Laplanche said that in addition to the readiness to face emerging challenges like the current global pandemic and the growing reality of climate change, France is also a tech partner that shares ASEAN’s objectives in terms of fair and sustainable economic development and respect for national sovereignties.

“The French technology offer to ASEAN is wide-ranging and corresponds in many aspects to the different needs of the different ASEAN countries. The networks to deepen the links between both sides are already in place in the region, as French companies and embassies are present in all ASEAN countries, without exception” emphasised the Ambassador.

In addition to providing concrete examples of future tech cooperation and pathways for ASEAN companies to establish their own connection to the French ecosystem, the Ambassador also shared that France has been pushing for the EU and ASEAN to do more to foster their technological and economic cooperation. 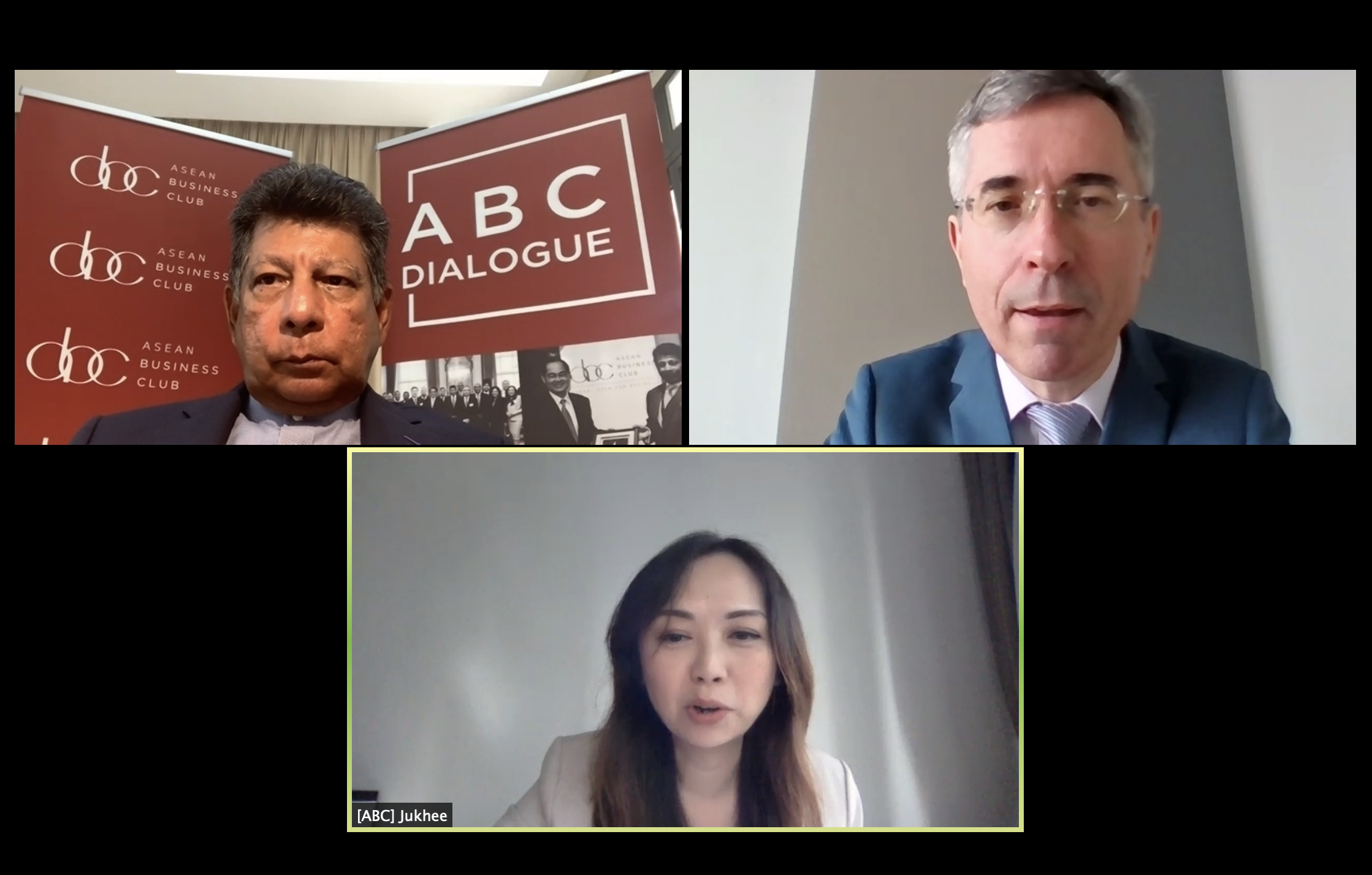 Members of the audience at the ABC DIalogue also requested for some specific insights from the Ambassador on France’s support of digital assets in fields such as fintech, agritech or medtech. Common points of French companies when setting their footprint in ASEAN, cooperation areas of cooperation within the higher education sector, and how the COVID-19 pandemic highlighted the digital divide were also discussed.

The ASEAN Business Club (ABC) is a fully private sector driven initiative of ASEAN’s leading businesses that came together in support of regional economic integration, while providing a platform for networking. Representing every key sector, ABC aims to support the efforts of governments in bringing down barriers of economic integration. ABC is a growing regional network that serves as a forum for knowledge sharing and advocacy. The ABC has established itself as a powerful platform for ASEAN’s businesses to engage with global and regional leaders.